On Thursday August 16th 2018 we had the great pleasure to host veteran reverse engineer Chris Gerlinsky from Canada at Schaffenburg.

Chris is a friend and former “brother in arms” of our member naxobyte Michael from when they worked together in the cryptography field in Nice, France. He is well-acknowledged around hacker circles worldwide for speaking at conferences like REcon and 33c3 with his very popular talk “How Do I Crack Satellite and Cable Pay TV?”

As the first foreign guest in our SpaceExchange programme, we got to show him our humble premises. We also learned a lot about Makerspace Nanaimo that Chris is a member of. Nanaimo is a harbor town on Vancouver Island, which is part of Canada’s province British Columbia and has a population comparable to Aschaffenburg. They’ve got over 60 members, many of them interested in woodworks and handcrafts. They also have well-attended weekly software and electronics as well as gaming nights.

Over some local beers and pizza we talked among other things about how to chemically decapsulate and delayer chips in order to look at the bits saved in its ROM with a microscope, about vintage computers and about speaking at conferences.

Michael used the opportunity to figure out the correct laser settings to engrave rubber, so we could hand over a Makerspace Nanaimo stamp as souvenir for our Canadian fellow makers! 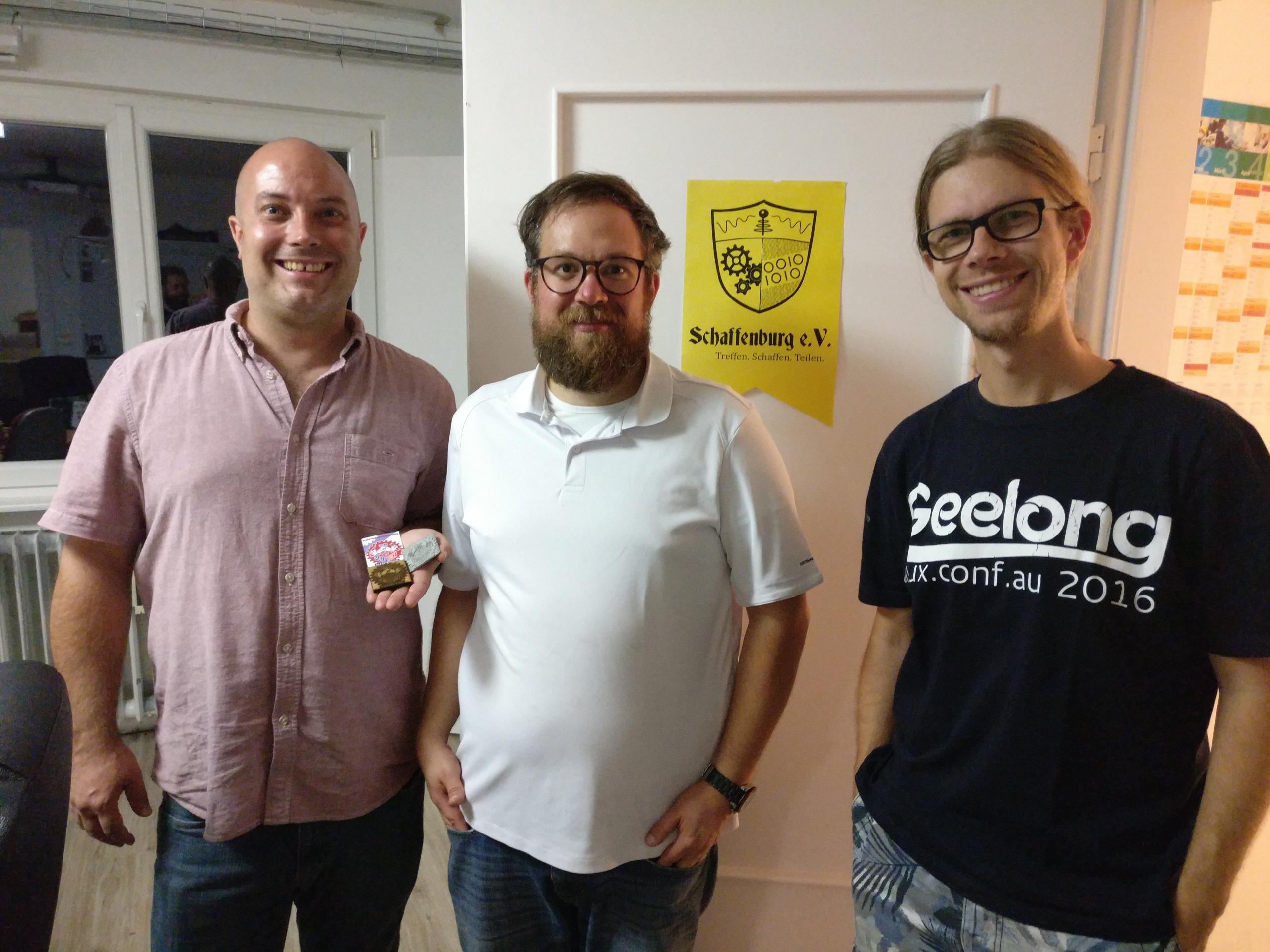